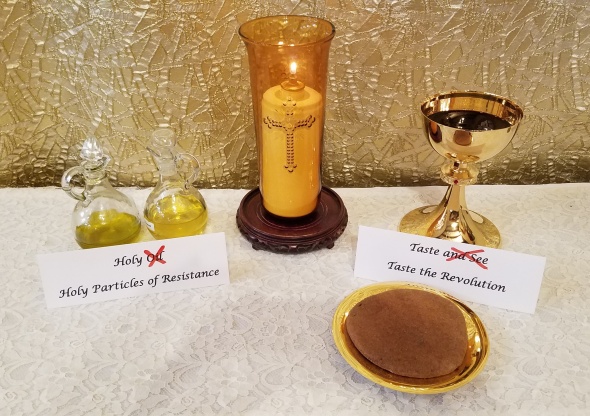 Dr. Martin Luther King Jr. spoke often of a vision for this country that he called the “Beloved Community.” Dr. King envisioned the Beloved Community as a society based on justice, equal opportunity, and love of one’s fellow human beings.

The Civil Rights movement, like the Beloved Community, is an ongoing venture belonging to each successive generation. Historically, the Civil Rights Movement referred to efforts toward achieving true equality for African Americans in all facets of society, but today the term “civil rights” is also used to describe the advancement of equality for all people regardless of race, sex, age, disability, national origin, religion, or orientation of love.

While civil rights revolve around the basic right to be free from unequal treatment, civil liberties are more broad-based rights and freedoms that are guaranteed by the Constitution – such as the right to vote, the right to free speech, or the right to privacy. Protecting and promoting our Civil Rights and Civil Liberties is essential to a functioning and healthy democracy. Therefore, foreign and domestic powers intent on destabilizing a democratic society in order to control the people work against Civil Rights to curtail Civil Liberties. In the face of such an attack as we are currently experiencing, the salvation of the nation will depend on the true source of its super power – We the People.

The ideals and goals that informed the founding of this country are rooted in an essential morality that does not belong to any faith or philosophy but which was understood to be self-evident and therefore essential to the preservation and ongoing livelihood of this nation. Morality simply defined concerns beliefs about what is right behavior and what is wrong behavior.

Multiple studies in early childhood psychology show us that children identify morality with those actions that positively affect the welfare of others. Children understand that harming another being is wrong and acting fairly is right. No one needs to tell them this is the case; they know it inherently, without rules telling them that it is so. Morality is independent of social or religious rules regarding proper behavior, and so it is a common ground in our civic life that can and should inform our collective understanding for determining benefit or harm, fairness or unfairness that any given action would cause.

The evidence of harm caused by the current administration includes examples far too numerous to list here and now in full. But, you know them; you read about them and hear about them in an endless barrage of catastrophes unfolding before us every day – perpetrated by many yet revolving around one man.

In 2016, counties in our nation that hosted the president’s rallies experienced in the aftermath of his visit a 226% rise in hate crimes perpetrated by white nationalists.  The president’s rhetoric of ridicule and prejudice speaks to white nationalist leaders including Richard Spencer and David Duke, who have publicly supported the president’s candidacy and administration. The New Zealand shooter who murdered 51 Muslim men, women, and children referred to our president as a “renewed symbol of white identity.”

I will say what our president refuses to say. Any doctrines or political strategies that use racist resentments, fears, or language must be named for what they are – immoral and intolerable injuries to our democracy that are regressive to the hard-won lessons of our national history. We must reject the language and legislation of leaders who oppress, denigrate, and abandon people, eroding Civil Rights and Civil Liberties by placing entire populations at risk.

Truth is morally central to our personal and public lives. The regular purveying of falsehoods and consistent lying by the nation’s highest leaders can change the moral expectations within a culture, the accountability for a civil society, and even the behavior of families and children. The normalization of lying presents a profound moral danger to the well being and security of this nation.

This past week, we heard anew the serious crimes against the American people documented in Special counsel Robert Mueller’s report. The report concludes that our 2016 presidential election was corrupted, our democracy was assaulted, and our sovereignty and security violated by Russia’s “sweeping and systematic” attack and our president’s subsequent obstruction of that investigation. If the leadership representing the people abandons the security of the people, then we are morally obliged to elect new leadership. Our elected officials are called to public service, not public tyranny. We the People we must protect the limits, checks, and balances of our democracy.

The Beloved Community can only be fully realized by people who value diversity as a moral good and are genuinely committed to caring for one another and thereby resisting any action that does not care for the dignity of every human being. Love has the power to persevere through any challenge. On the level of society, the practice of love for neighbor looks like justice. And, as Dr. King said, “Justice at its best is power correcting everything that stands against love.”

The Beloved Community recognizes our kinship as people who frame justice as a vision we hold in common, a society that values its diversity and works in myriad ways to realize that vision – working for racial equality, working for the care of creation, working for equal access to healthcare, working for housing and fair wages, working for the humane support of those who come to these shores seeking safety for their children and those yearning to breathe free.

The work that each of us must do requires civic engagement. Civic engagement is absolutely instrumental to a healthy and effective democracy. We must resist the forces of division that the current administration is peddling. We must resist its discrimination, its racism, its fear, and its destructive hatred.  Further, the malignant religiosity that undergirds it must never replace the moral spirit of our democracy. For those committed to the Beloved Community, our faith must be placed in one another as the embodiment of whatever other faith we may hold.

By civic engagement through three basic actions, we have the power to change the course of this nation and our world. To do this, we the people must use our voices, volunteer our time and skills, and vote like our lives and the life of the planet depend on it, because they do.

The people of our nation are collectively in need of healing from societal ills and cultural trauma. The latest data from the General Social Survey, life in America keeps getting more miserable. Since the fall of 2016, many have shared with me the struggle of their depression, stress, and anxiety directly related to the actions of our current administration that is unconcerned by our civil unwellness but it fact relies upon it for purposes of control and power over the people rather than leading a government that is by and for the people.

Recently, the United States Department of Energy started to refer to fossil fuels as “molecules of freedom.” In Christian mainline traditions, we also have oil – pressed from olives, to be sure, but oil nonetheless. We mix the olive oil with various resins and scents. Then, we bless it and use it in rites of healing. By faith, I have been inspired to rename my Holy Oil contained in the oil stock that I use. Today, I am calling it Holy Particles of Resistance.

For all who have been made weary, for all who are downhearted by what is happening, for all who feel powerless, for all who mourn, and for all who are committed to wellness within the American condition, see me, and – with the Spirit of Rebellion in my heart, whatever your creed or faith – I will joyfully anoint you (my neighbors and my Beloved Community) with Holy Particles of Resistance. For,  we must rise and be well.

From the ancient legacy of my priesthood, I tell you that if our faiths do not inspire us to serve others and seek justice on behalf of the oppressed then what we believe has become the coin of propaganda on behalf of an unjust empire.

Jesus of Nazareth was born into a time and place of tyrannical rule, violent occupation, and subjugation by the wealthy elites of a self-serving empire. Following the birth of Jesus, the domination system tried to kill him in his infancy. However, the narrative of Christ’s birth is at its core a story of civil disobedience.  The wise men – the magi – receive an unjust order from a vindictive tyrant. Instead, they defy him.

The theme of resistance against unjust authority and the commitment to create a new kind of society dedicated to justice is also central to the founding principles of these United States, expressed in our Declaration of Independence.